“Play Bach is a good way to play Bach”, Glenn Gould once said of Jacques Loussier. Wasn’t Gould’s method of playing improvisational, though without the addition of his own notes? Loussier’s way of playing Bach is also unique, and has been since his very first piano lessons. The ten-year-old played his first Bach piece, a prelude from the Little Notebook for Anna Magdalena Bach, as if obsessed – forty, fifty times in a row. “And then it happened – I tried out small changes, played variations on the theme”. Jacques Loussier retained this individuality when he began studying with the renowned Yves Nat at the Paris Conservatoire. The teenager attracted everyone’s notice with his unique approach.

Various circumstances contributed to the later birth of Play Bach. In order to earn some extra income (“I had 100 francs a month, my room cost 40 francs and a meal in the student cafeteria one franc”), Loussier had to accompany chanson singers (among them Charles Aznavour and Catherine Chauvage), gypsy and pop bands in restaurants, existentialist cellars and dance halls in Paris, as well as on tours to the Near East, South America and even a one-year stay in Cuba. Contrary to many claims, Loussier had little contact with jazz. 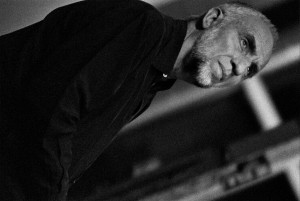 In Paris, a concert of the Modern Jazz Quartet, whose pianist John Lewis liked to integrate the European music of the 18th century into his pieces, confirmed Jacques Loussier in the path he had already chosen. While many jazz greats took their inspiration from Bach, Loussier, with his classical background, anchored the jazz idiom in his Bach interpretations and remained quite faithful to the original music. Even now this is one of his distinguishing features, which often leads to misunderstandings among jazz musicians. Then the fairy tale came true – the happy “accidental” discovery by a Decca producer from London, the formation of the legendary “Play Bach Trio”, with Pierre Michelot and Christian Garros, over 6 million LPs sold, and roughly 200 live performances annually.

In 1978, Loussier dissolved his trio (“I’m tired of travelling”) and retired to Chateau Miraval in Provence, where he created his first compositions, including the suites “Pulsions”, “Pagan Moon” and “Pulsions sous la mer” for piano, synthesizer, percussion and double bass in his own first-class studio. (It was in this studio that Pink Floyd recorded “The Wall”, and other pop stars such as AC/DC, Steve Winwood, Sade, etc. recorded here as well).

In 1985, the tercentenary of Bach’s birth, Loussier was persuaded to return to his Play Bach Trio to re-record a selection of his most popular pieces on a double CD entitled “The Best of Play Bach”. For these recordings Loussier formed a new Play Bach Trio with André Arpino on percussion and Vincent Charbonnier on string bass. Since then the Trio has again proceeded from one success to the next, and the numbers of CDs sold has once again soared (another “Golden Album” – the seventh).

In contrast to Christian Garros and Pierre Michelot, who were exclusively jazz musicians, the two new partners Charbonnier and Arpino possessed widely varied musical backgrounds which would have a decisive formative influence on the new trio.

On the one hand, there is André Arpino, a native of Lyon, one of Europe’s most renowned drummers, who had to demonstrate his talent for earning a living at a very early age. André Arpino has recorded and toured with chanson singers such as Yves Montand, Charles Aznavour and Sascha Distel, as well as jazz legends Ella Fitzgerald, Stan Getz and Dizzy Gillespie, not to mention various rock and pop groups.

And then there is the award-winning conservatoire graduate Vincent Charbonnier, who was equally at home in classical and jazz formations as well as in the avant-garde (he was a member of Boulez’ “Ensemble Contemporain”). No wonder Loussier needed nearly a year to find an equally qualified double bassist when Charbonnier fell seriously ill at the beginning of 1997. The Strasbourg native Benoit Dunoyer de Segonzac, who is descended from old nobility, likewise possesses a classical background on several instruments and is experienced in almost all musical sectors: from jazz (Louis Slavis, René Urteger, Marc Ducret) through classical to contemporary music (Jean Pierre Arnaud) and cabaret (Hanna Schygulla). Benoit Dunoyer de Segonzac also achieved recognition as a composer through his composition “Souingue”, written for the Avignon music festival in 1996, and for his music for “Beauty and the Beast”.

“The provocative energy of Loussier’s Bach interpretations has not been streamlined, but transformed – in particular, the aural atmosphere… has greatly changed. Loussier’s phrasing, drive and agogics are jazz history, and so one hears the Bach aspect, rather than the jazz aspect, as a gripping and legitimate contemporary interpretation which does justice to Bach’s flexibility and universality.” (Fono Forum 5/97)

In Spring 1997 Loussier introduced his audience to his interpretation of Vivaldi’s “Four Seasons” (Loussier: “one of approximately 350 versions”). While this break with tradition was received jubilantly by the Play Bach fans and celebrated with the sale of nearly 100,000 CDs within the first year after its release in spring 1997, the last bastion of the purists fell when they corrected their unjustified reproach that high entertainment value was equivalent to bad taste. Today, when season concert programs include tango and klezmer music, Loussier, with his fortyfive-year career, is still a unique, unclassifiable phenomenon and has nothing to do with merely trendy fashions.

“Play Bach has discovered ‘Four Seasons’ for itself, and plays it more excitingly, more vitally, with greater relish than all punk violinists together”. (Frankfurter Rundschau 15 July 1997)

After the Vivaldi CD, Loussier surprised everyone in summer 1998 with his recording of “Play Satie”, which enjoyed great success, confirmed by the ranking in the American and British charts. Accordingly, a similar positive reception followed the release of the recording on CD of Ravel’s “Bolero” and Loussier’s compositions in honor of Monet’s “Nymphéas” as well as Bach’s „Goldberg Variations“.

Loussier remains active as a composer, as shown by the following list of compositions: a symphony, the Latin mass “Lumières” (subtitle: “Mass for the 21st Century”), a trumpet concerto, a violin concerto, the “Tableaux Vénitiens”, “Pulsions” for strings (which can be found on an album by the rap star Eminem), and the piano concerto “Playade”. For the 200th anniversary of the French Revolution in July 1989, his ballet commissioned by the French government was performed in Paris under the direction of the choreographers Claude Bessy and Serge Golovine. Loussier’s scores for approximately 100 movies, including Hollywood productions, are less well-known. The venerable Yehudi Menuhin Society commissioned Loussier to write a violin concerto (his second). This will have its premiere during the Menuhin Festival in August 2006 to celebrate the 90th birthday of its honoree in the Swiss city of Gstaad.

Over the past several years Loussier has increasingly worked with other exeptional artists in a variety of genres, providing further proof of his competence in jazz as well as classical music. His session with Bobby McFerrin in the live TV vroadcast, shown worldwide in July 2000 to commemorate Bach’s death was considered one of the musical highlights of the Bach year. In several major European cities, Loussier performed Bach’s works for two and three pianos, accompanied by double bass and drums, with the Pekinel sisters (released by Warner Clasic). In 2001 and 2002 Loussier performed together with the legendary jazz great Dave Brubeck.

“Many pianists have torn their hair out over Bach’s Goldberg Variations. Jacques Loussier is not one of them. He has once again effortlessly accomplished the difficult balance between ‘serious’ music and swinging jazz … Bach’s Brandenburg concerto no. 5 … as performed by this jazz trio (accompanied by Werneck Chamber Orchestra) has become one of the most exciting fusions ever between jazz and classical music. This is a musical border crossing that demolished boundaries, that creates a real connection.” (The Wiesbadener Kurier,5 July 2001)

In January 2006, Loussier presented his Mozart adaptations of the piano concertos in D minor and a major (488) for his jazz trio and strings. It received an 18-minute ovation, and the Süddeutsche Zeitung commented that it was “powerful enough … to put Mozart and jazz in a plausible relationship.”

Between 2007 and 2009, the 50th anniversary of “Play Bach”, the Jacques Loussier Trio performed a number of concert tours outside Europe, including the San Diego Festival, a four-city tour in New Zealand, two in Singapore and South Korea as well as in Hongkong. The JLT also performed in major European venues including Lisbon, Istanbul and Bucharest, Berlin, Munich, Edinburgh, Stockholm and St. Petersburg. In Budapest in 2009, more than 5,200 people attended two concerts in a single day. All of these performances ended with long standing ovations.

Two of the concerts in the past two years turned out to be highlights in the history of “Play Bach” and its reception. The Bach Archive, the supreme global authority for all matters involving Bach, honored Loussier with a concert and social program at the Bachfest 2008. Moreover, the review in the Leipziger Volkszeitung represents more than merely reconciliation with the previously implacable purists – it is truly a rave review. There is no longer any question of whether Loussier is permitted to play Bach in his inimitable fashion – it is now a command: he must! And then the encomium “A fabulous trio”…

The second event took place in Stuttgart in 2010: the jazz world paid its highest tribute to Loussier by awarding him the “German Jazz Trophy”.